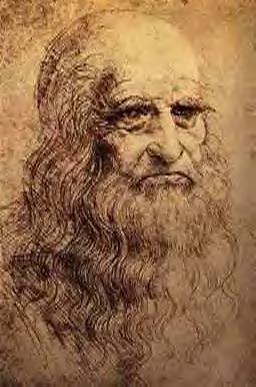 Leonardo da Vinci was born in 1452, in the heart of the Renaissance in the heart of Europe. He was born outside Vinci, which lies high up on Mount Albano, in the valley of the Arno River, near the city of Florence. Florence was an independent republic and commercial center at the time of his birth. He was the son of Ser Pierro da Vinci, who was a legal specialist, and a peasant girl named Caterina. He was considered an “illegitimate” son because they were not married. Right away. His father married into a wealthy family and he went to live with his grandparents. Later he lived with his father’s family and they didn’t conceal his birth and welcomed his addition to the family.

As a child he was very smart and was very quick at arithmetic and music. He learned the lyre and had a wonderful singing voice, and quickly went to further develop his talents with a tutor. At age 17, he went to become an apprentice of painting under the instruction of Andrea del Verrochio, in Florence, who was an artist, skilled craftsmen, goldsmith, sculptor and painter. He started to use his science to enhance his paintings. He studied and sketched rock formations, caves and fossils. He had very few close friends during his life, even though he was very kind and sympathetic. Later, during his apprenticeship, he started to find his niche at inventing machines like the helicopter, diving suit, and submarine. After he finished his education, he stayed for a short time assisting Andrea del Verrochio.

From 1478 to 1482, he obtained his own studio. After that, he was offered the job of court artist for Lodvico Sforza, the Duke of Milan. He took it and lived in beautiful Milan for 17 years. There, he had a great variety of jobs including designing artillery, and planning river system diversions for the city. In Milan, he really started to dive into the field of science and learn a lot. Go to the science section to learn more!

Toward the end of his life, in about 1508, King Louis XII of France asked him to accompany him to Milan, and he went willingly. There, he stayed working on anatomy and other fields until 1512, when the French lost Milan. He then had to go to Rome. There, he stayed until his life was finished. He was very good friends with Guiliano de’ Medici, brother of the duke, and he was well housed and treated very kindly. Sadly, while in the bliss of the Renaissance, his health started to fail. In March, 1516, Guiliano died, and Leonardo was left alone in the world, practically deserted. Not far thereafter, on May 2, 1519, the mind of the Renaissance, Leonardo da Vinci died.